The ending of a story often becomes the ‘make it or break it’ moment of any experience. Unfortunately. Players (or readers or viewers) can go through an epic journey filled with amazing situations and scenarios that tug at heartstrings or resonate with everything in their being… and then dismiss all of their experience because of a dissatisfying conclusion.

While opinions are purely subjective, I feel that there can be a satisfying ending for most stories. And this can even be true with video games. However, I think there’s a specific requirement for an ending to satisfy everyone.

There’s no denying that the ending for games like Xenoblade Chronicles, Super Mario RPG: Legend of the Seven Stars, or To The Moon aren’t satisfying. They all tell a complete tale, complete with character arcs and emotional beats. And there are many more games that fit this mold. But, like the ones I listed, and probably many of the examples you can think of, most of them share something in common: they are linear.

Implementing choice into games is where the dissatisfaction comes. Look at the Mass Effect 3 situation. Players were given major choices throughout the narrative, and they felt that each decision would truly matter. Did you save the Rachni Queen in Mass Effect 1? Who survived the end of Mass Effect 2?  Did you romance Kaidan Alenko? Well, none of that really matters in the end. There’s no mention of any of your choices with the final cutscene. Nothing is different. With any of the endings, frankly. And that’s where the dissatisfaction comes in. 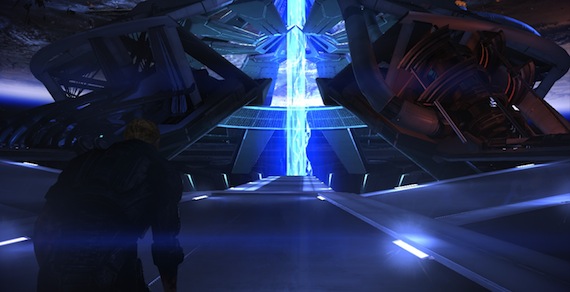 Now, clearly, there are ways to appease this. Including multiple endings is a great option, but it makes sense that developers need to keep this to a limit. I feel that Dragon Age: Origins does a fantastic job of addressing the choices made by the players in the endings, without needing to have millions of different ending cutscenes. By simply including an epilogue, the game addresses all of the major decisions in end-game text, so that the player realizes that the world is different because of their decisions.

Personally, I don’t think it should be a developer’s top priority to create endings meant to satisfy every player. Likely, this won’t happen because – as I mentioned – opinions are subjective. However, I do think that they should consider their presentation.

Games loaded with choice and the importance of decision need to offer clearly different ending points. Address the multiple branches that you have created in the arc. Or, have a compelling reason why all of the decisions end up the same!

It is definitely possible for all of the branches to converge at the end for a singular ending state (such as Telltale Games’ The Walking Dead: Season One), but it’s important to recognize when they can’t or shouldn’t be. Playing Mass Effect 3 with a 100% Paragon Shepard, no party member deaths, and a fully prepared army should not have been able to have the same ending as a 100% Renegade Shepard who let all of their party members die and only had just enough army support before the final battle. It just shouldn’t have been able to happen.

Ultimately, though, I’m a full-hearted believer in the idea of not letting the ending ruin an experience. Mass Effect 3 received some insanely harsh criticism after the ending flopped. Yet despite my disappointment, I’ve never thought less of the game or the series as a whole. I loved every minute of my playthrough, and even the ending couldn’t take that away from me.

After all, it’s about the journey, not the destination. Right?
By Adam Kuta on November 06, 2015
Email ThisBlogThis!Share to TwitterShare to FacebookShare to Pinterest