The Power Is Yours! Bring Back Captain Planet

It seems that anymore, everything is a remake or a reboot or a remaster. As a writer, I value original ideas and often get disheartened with the lack of truly unique stories.

However, there’s one franchise I desperately want to be brought back. 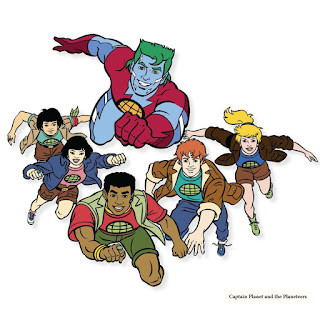 This show was pure gold, and honestly, I can’t think of a reason why this show hasn’t been brought back already. Why, you ask? Well, let the five elements combine to prove to you why this show is in desperate need for a comeback!
EARTH
Let’s start with the most obvious reason this show is in desperate need for a reboot: the planet. Call me a hippie, but environmentalism continues to be a real issue around the world. From overpopulation to ocean pollution to global warming, there are thousands of “Save the Planet” type situations that are constantly in the limelight of the media. So why not integrate these messages into children’s programming?
Captain Planet makes learning about geographical and environmental issues fun and exciting by having a group of kids battle against super-powered villains destroying the planet. These kids literally save the rainforest by taking poachers with their superpowers or use the power of their rings to clear out the pollution in the ocean. Using these kinds of scenarios raises our awareness of the issue and reinforces us to do the right thing.
This is what the show’s original intent was, and I still think there is a need for it today.

FIRE
Lionsgate is doing a Power Rangers reboot movie. Rumors are flying about a Nickelodeon 90’s Blast From The Past Reawakening. Old Disney classics are getting live action film adaptations. The Muppetsare returning to television. Even Final Fantasy VII is finally getting the remake that everyone has been asking for. This is the time for reboots. Nostalgia is hot right now. (Get it? Like fire?)
With the world going crazy for all things retro, there’s no better time like the present to bring this show back. Give it a new spin with new Planeteers, an updated animation style, and some quality voice actors… and you’re set! Or even pull a Jem and the Holograms and turn it into a live action movie! Of course, hopefully it won’t look as completely awful as the Jem movie… but, the point is relevant.

WIND
In today’s technological age, so many platforms exist for Captain Planet to return to the air. Get it? On air… as in on television, but also as in wind? I thought it was clever.
With the rise of webseries and original programming on digital markets (like Amazon or Netflix), there’s no reason that Captain Planet couldn’t exist, even if it wasn’t brought back to television. And even if the show didn’t go that route, what’s to stop a movie adaptation or a comic or graphic novelization? The show even adapts itself perfectly to the idea of a video game. Captain Planet is the type of show that could take flight (ah, ahh?) with a transmedia campaign!

WATER
One of the biggest themes in Captain Planet was the idea of thinking globally. Each of the five Planeteers hailed from a different continent of the world, but still somehow managed to band together to form an efficient team. Episode conflicts took place all over the map. This wasn’t your average show focusing on a group of primarily Caucasian, heterosexual males and their token black friend and/or female love interest. Every person and every location mattered. This was literally about the planet.
With such diversity in a series all about positivity, this is a jackpot for representation. The things that a reboot could do for equality would be nothing short of amazing.
Here, we have a team of strong heroes of every color, both girls and boys, stepping up to save the world. Each Planeteer had his or her own strengths, weaknesses, and unique powers; but the kicker was that each member of the team was integral to succeeding, because only with the five powers combined could Captain Planet appear! 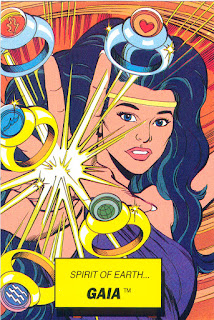 On top of this awesome display of diverse heroes working together, the depiction of Earth itself, Gaia, was portrayed as a racially ambiguous, intelligent and kind woman. Her physical features combine attributes from different cultures all over the world, which visually depicts the idea of the world being more than one race. I’ve never really been one to overanalyze symbolism, but Gaia is an amazing example of it.
In a remake, add in a gay character – though I always had an inkling about Ma-Ti – and a non-able bodied character, and we’ve hit the diversity jackpot. But, wait! Captain Planet already has had episodes about strong characters with physical disabilities and even explored the topic of HIV/AIDS in an episode with Neil Patrick Harris as a special guest.
As I said, this show is a diversity goldmine. And there’s no time like the present to bring back these messages of unity and acceptance.
So, how does this tie into the element of water? It could work in a few ways. The tears of those who aren’t represented in today’s media coming to an end? How the oceans connect us as humans all across the globe? How water is essential to life, as is representation? Maybe I’m just desperate to make this point? You pick.

HEART
Captain Planet continues to be a fan favorite show residing in our hearts. I’m confident that a reboot of the program would resonate well with not only new viewers of younger generations, but also to those who grew up with the program themselves.
The show has heart. From the positive messages of saving the planet to the messages of equality and diversity, there’s no denying that this blast from the past would be all the rage right now.

By their powers combined, I think I’ve proven my point. Captain Planet needs to come back. For the planet! For nostalgia! For transmedia! For diversity! For… pretty please?

But what do you think? Would you be excited for a Captain Planet reboot? Let us know in the comments!
By Adam Kuta on September 14, 2015
Email ThisBlogThis!Share to TwitterShare to FacebookShare to Pinterest